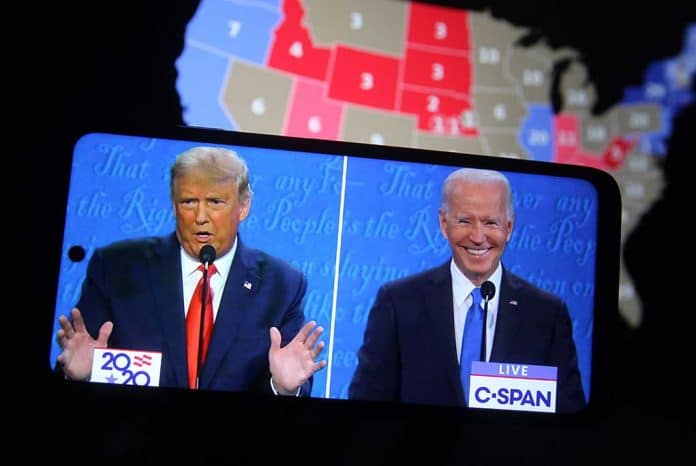 (NewsReady.com) – Israel and Palestine are in the midst of a violent conflict that has left dozens dead. Some experts are concerned it’s headed toward an all-out war. Former President Donald Trump believes the blame lies squarely on President Joe Biden’s shoulders.

On May 11, Trump released a statement about the conflict in Israel. He said that while he was in office, Israel’s enemies knew the US would carry out “swift retribution” if the Jewish state was attacked. Now, he believes the “world is getting more violent and more unstable” because of the new president’s “weakness and lack of support for Israel.” The former president called on the administration to stand with its ally.

When Trump was in office, there were small skirmishes between the two sides, but nothing like this. The former president also made it very clear the US would have Israel’s back and proved that for four years. Biden, on the other hand, has a strained relationship with Prime Minister Benjamin Netanyahu. Right now is when Biden should step up to the plate and let our allies know that we have their back, but it’s unclear when or if he is going to do that.