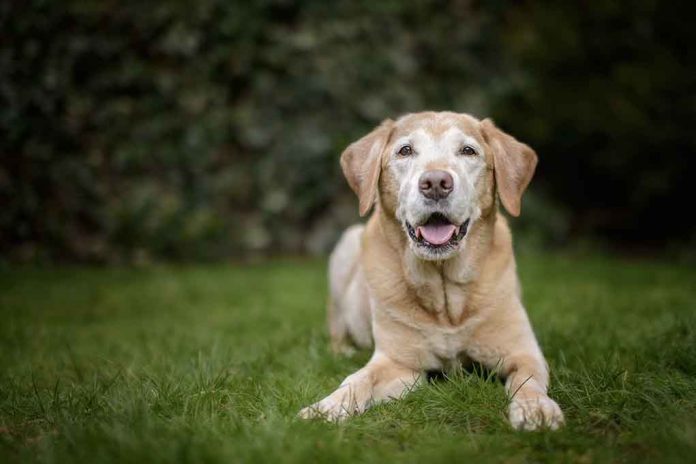 (NewsReady.com) – Bomb-sniffing dogs are an integral part of security measures put into place in airports around the country. A K9 named Eebbers has served the Transportation Security Administration (TSA) for almost a decade. Now, the agency has allowed him to retire, and they’re celebrating the canine.

On August 31, TSA for the Great Lakes region announced that Eebbers was retired. Officials at the Minneapolis-St. Paul International Airport threw him a party.

Eebbers was born at the Lackland Air Force Base in Texas as part of the TSA’s Puppy Program. The 11-year-old vizsla-Labrador mix was named after US Army Private Ebbers. The soldier died in 2002, when he was just 19 years old, on a mission with the 551st Military Police Company in Djibouti, Africa.

The Puppy Program trained Eebbers to sniff out explosives and explosive material. He primarily worked in the airport, patrolling check-out lines. However, throughout his career, the K9 also helped secure the Indianapolis 500, two Super Bowls, the Special Olympics World Games, and an NCAA National Championship game. This year, he won the agency’s “2022 Cutest Canine Contest.”

Put your paws together for @mspairport's Eebbers – winner of the @TSA's 2022 Cutest K9 Contest!

Jean Carney, Eebbers’ handler, spoke to the Star Tribune about the pup, saying she wants him “to enjoy his last few years just being a dog.”