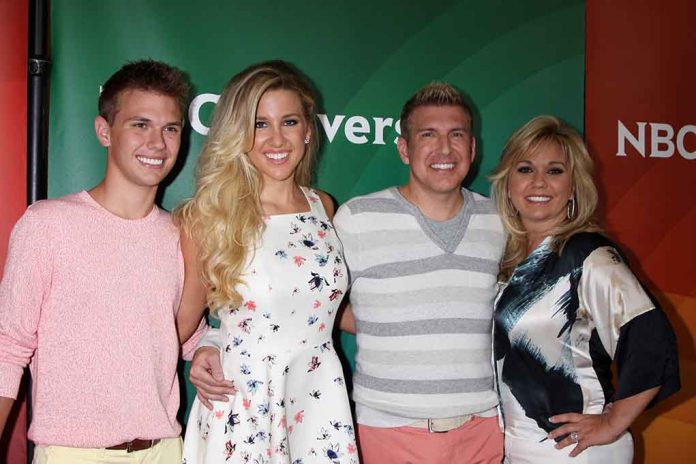 (NewsReady.com) – Two reality TV stars have been handed long prison sentences after being convicted of fraud. Todd Chrisley portrayed himself as a successful real estate tycoon, but in reality, his high-flying lifestyle was financed by tax evasion and fraudulent bank loans. Now, his fantasy world has come crashing down — and he’s going to jail.

Starting in 2014, the USA Network show “Chrisley Knows Best” highlighted southern real estate dealer Chrisley and his wife Julie, along with their six children and Todd’s hard-drinking mother. The show focused on the family’s business deals and relationships, but somehow missed the fact that the couple was dodging taxes and defrauding banks out of over $30 million in dishonestly-obtained loans.

Halfway through season seven, Georgia authorities indicted them for tax evasion and wire fraud. The show kept going, but this May, the Chrisleys came up on federal charges. On November 21, Todd Chrisley was sentenced to 12 years in prison, while Julie got 7 years.

Now the show has finally been canceled, but for anyone who’s still interested, the last few episodes will air next year.