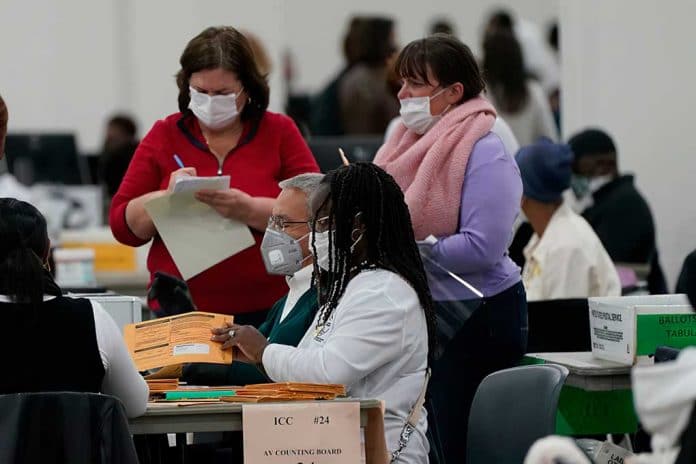 (NewsReady.com) – The Maricopa County, Arizona audit is still underway. The agency conducting the probe told the state Senate there were issues it needed to investigate further. Throughout the audit, the people running it have been posting on Twitter, keeping Americans informed of the situation — until recently.

On July 29, the Western Journal reported the official account for the audit, @ArizonaAudit, was suspended. When the account is pulled up, a message from the social media site states the account is suspended. The company gave no specific rule other than to say it “suspends accounts which violate the Twitter Rules.”

.@ArizonaAudit is indeed suspended. I've reached out to them to see if @Twitter gave a reason. https://t.co/QJVNh9yMfm pic.twitter.com/6TnJw80o9e

In addition to Arizona, audit accounts for Nevada, Pennsylvania, and Georgia were also allegedly suspended. The latest bans are another demonstration of Twitter targeting accounts that may not be favorable to the Democratic Party.

Social media companies have been under fire recently for alleged unfair practices. Earlier this month, former President Donald Trump filed a lawsuit against Facebook, Twitter, and YouTube accusing the companies of unconstitutionally censoring Americans. He believes the social media platforms act with a political bias. The former president also accused them of coordinating with the federal government to silence people.

Shortly after Trump filed his lawsuit, White House Press Secretary Jen Psaki admitted the administration flags posts they believe contain COVID-19 misinformation. Is it possible they are doing the same when it comes to election news?