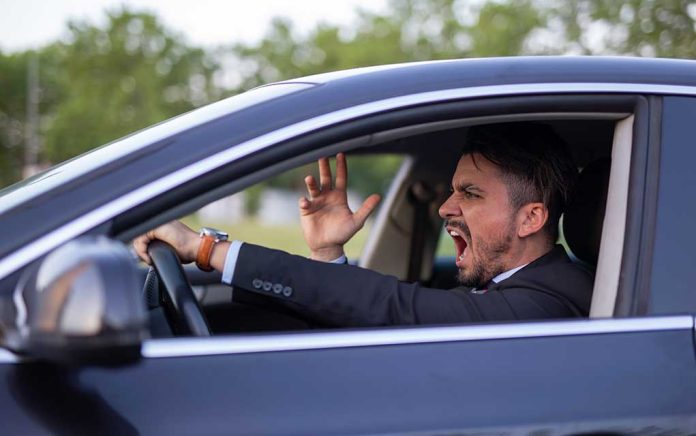 (NewsReady.com) – Road rage is an all-too-often problem in America. Countless people have died or been injured across the country. Sadly, two children were among the latest victims in one of these senseless crimes.

On Saturday, October 8, at around 6 p.m., multiple people called 911 in Florida’s Duval and Nassau Counties. News 4 Jax reported one of the witnesses told dispatchers there was a black pickup truck with five people inside playing a “cat-and-mouse game” with a gray SUV with three people inside on US 1. The drivers of the respective vehicles, William Joseph Hale and Frank Gilliard Allison, were “speeding, driving erratically and brake-checking each other.”

Someone in the Ram threw a plastic bottle at the SUV. That’s when Allison allegedly grabbed his .45-caliber handgun and fired at Hale’s vehicle. The bullet went through a door and struck Hale’s 5-year-old girl.

In a press conference, Nassau County Sheriff Bill Leeper said Hale took off after Allison’s vehicle and emptied the magazine of his own Glock 43 9-millimeter handgun at the other car. One of those bullets hit a 14-year-old girl in the backseat.

Still, with two wounded children in their vehicles, the men did not stop. They continued to drive until they spotted a deputy, then they stopped, got out of their vehicles, and got into a fight. A police officer had to break it up.

Both men were arrested and charged with attempted murder, and they have bonded out of jail. The children suffered non-life-threatening injuries and are now recovering at their homes. Leeper said the men “acted stupid” and urged others not to behave the same way.