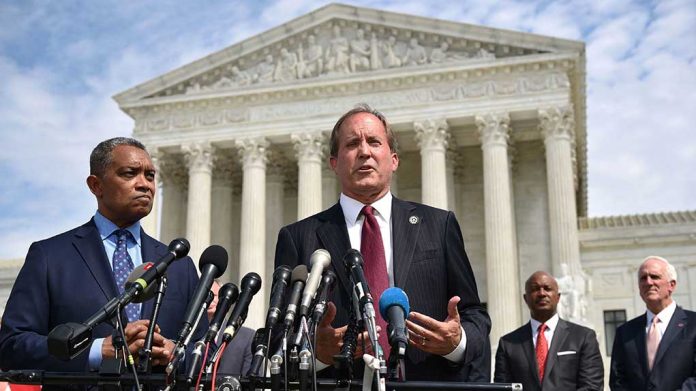 (NewsReady.com) – Prior to President Joe Biden’s inauguration, Texas said it was ready to sue the administration the first time it encroached on its rights. The new president decided to test the waters anyway, and now the Lone Star State is taking him to court.

On January 20, Biden sent a memo to Homeland Security instituting a 100-day freeze on the deportations of immigrants. The new administration will continue to deport people suspected of terrorism, or in custody, to protect national security, but that’s it. Two days after Biden issued the directive, Texas Attorney General Ken Paxton (R) announced he’s suing the federal government.

Officials like Paxton are going to be critical moving forward if Republicans have any shot at stopping the Biden Administration’s unlawful behavior. Fortunately, it looks like the Texas attorney general is up to the challenge. Let’s hope the rest of Congress is as well.