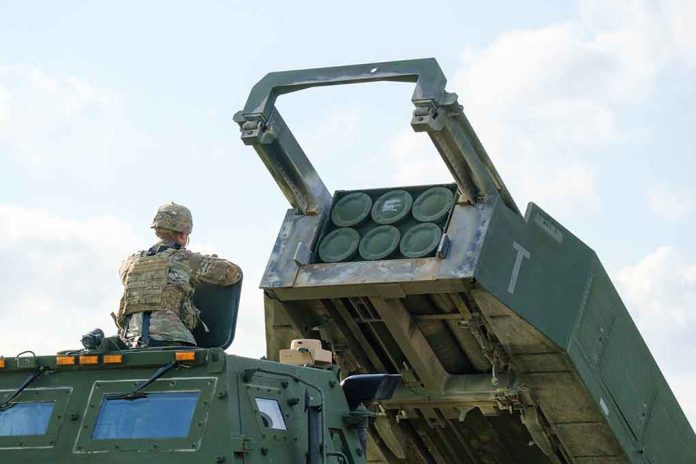 (NewsReady.com) – In recent months, the US has approved multiple shipments of High Mobility Artillery Rocket Systems (HIMARS) to Ukraine. The weapons are being credited with turning the war around for the nation. As a result, more countries are seeking the systems that are being dubbed the “God of War.”

On November 9, the US Defense Security Cooperation Agency notified Congress the State Department approved a possible sale of M142 HIMARS launchers. The cost of the sale is $495 million for eight of the systems and various other weapons. Poland also wants to add hundreds of HIMARS to its arsenal, while the State Department has approved a possible sale of six to Estonia. Latvia also wants to purchase an undisclosed number of them.

The president of the Baltic Security Foundation told Newsweek the systems are a "game changer" for the nations. https://t.co/aSKTbPvSzS

Russian President Vladimir Putin has repeatedly expressed a desire to destroy NATO. He has claimed he started the war in Ukraine because of the international organization. That has left NATO countries concerned about a possible invasion from Putin, which has led to military build-ups in the region.

Mark Voyger, an expert in Russian and Eurasian affairs, told Newsweek, “HIMARS now is the new God of War.” He explained it’s an efficient weapons system that “provide[s] such an advantage.” Other experts are calling it a game changer for those who can acquire them.