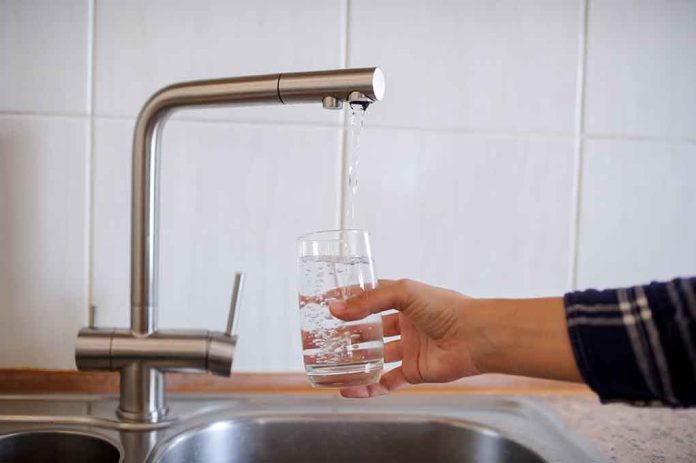 (NewsReady.com) – The US Navy has a history of providing contaminated water to members of the military. For example, the service branch admitted it found jet fuel in drinking water on the aircraft carrier USS Nimitz. A group of families has now filed a class-action suit about another alleged incident.

In August, Just Well Law of Texas and Hosoda Law Group of Hawaii filed a lawsuit on behalf of four families accusing the federal government of negligence. Fox News reported the suit claims the government knew about jet fuel leaks at a WWII-era storage facility near Pearl Harbor, which caused hundreds of civilians and military families to fall ill.

The Navy allegedly kept the leaks quiet and told people the water was safe to drink.

One woman, Katherine McClanahan, said she drank the contaminated water while her family was living on Joint Base Pearl Harbor-Hickam. Since then, she has had to go to over 50 doctor appointments. She said she feels like the families impacted are “just collateral damage.”

More than 100 people have joined the lawsuit. The US Navy maintains those who are sick were not exposed to anything that would make them ill. For now, the lawsuit is moving through the system; the outcome likely won’t be known for a while.