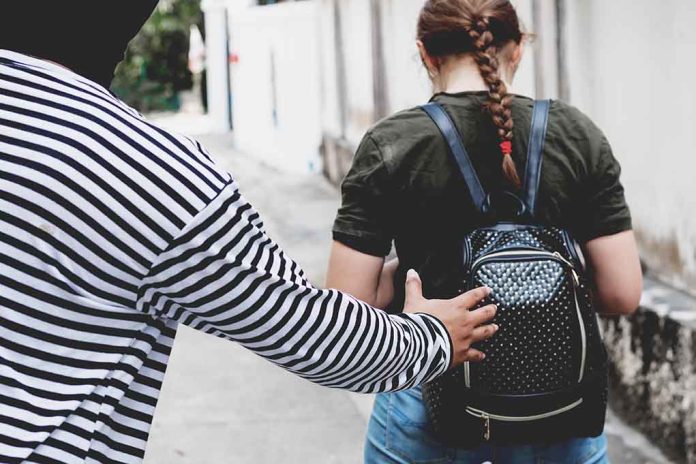 US Marine Reportedly “Abducted” Child From Her Family

(NewsReady.com) – An Afghan couple is fighting a legal battle to win back custody of a child they say was abducted from them by a US Marine Corps officer and his wife. The military attorney helped the young couple escape the disintegrating country last year, along with the infant they’d rescued when her parents — their relatives — died in a US raid. Now, he wants the child for himself.

A war orphan is claimed by two families: her Afghan relatives and a U.S. Marine who adopted her from 7,000 miles away.
An @AP investigation pieces together the story of the child, as a judge in a tiny Virginia town decides who gets to keep her. https://t.co/i1A2YCIX9n

In 2019, the US military raided a suspicious compound in Afghanistan. During the raid, the suspect detonated a suicide bomb, killing himself, his wife, and five of his children. The surviving child spent months in a US military hospital, then was taken in by her adult cousin and his wife, who became her legal guardians under Afghan law.

The girl needed more treatment, so USMC Attorney Captain Joshua Mast arranged for her to go to a hospital in the US. Before that could happen, the Biden Administration triggered its chaotic withdrawal, and the family fled to Kabul Airport to escape.

When they reached the US, Mast helped them through immigration and, to the couple’s surprise, produced an Afghan passport for the child — with his own surname on it. Five days later, he reportedly turned up with a set of custody papers issued by a small-town Florida court and took the child from them.

Now, the Afghan couple is battling to get the child back, but Mast, the son of pro golfer Dick Mast and brother of evangelical lawyer Richard Mast, is being backed by Christian groups in his crusade to “rescue” the infant from her own relatives.