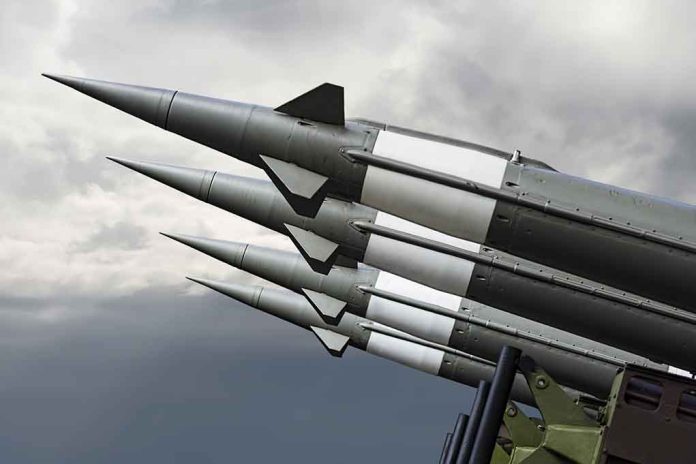 (NewsReady.com) – The US has supplied Ukraine with multi-billion dollar aid packages that include some of the country’s most advanced weapons systems. That comes as President Joe Biden has issued multiple drawdown orders. Now, the American military is now in a dangerous spot, according to a report.

U.S. to allocate another batch of military aid to Ukraine worth $625 million

The new #US military aid package for #Ukraine includes four #HIMARS MLRSs and ammunition for them – US Department of Defense. pic.twitter.com/ECAfrm8vWN

Since August 2021, President Biden has reportedly issued 20 presidential drawdowns. Newsmax obtained a Bank of America Securities Report warning the US weapons stockpiles are at levels not seen for decades. The Defense Department (DOD) is reportedly concerned that some of the levels are so low, it’s a problem for wartime readiness.

The Pentagon is aware of the problem and has awarded roughly $1.2 billion in contracts to help replenish the stockpiles. Military contractors will receive $624 million to produce more Stinger missiles, $33 million for more High Mobility Artillery Rocket Systems (HIMARS), and $352 million for an increase of Javelin missiles. Those have been especially hot commodities since the war against Ukraine began.

HIMARS weapons are mentioned as the reason Ukraine has been successful in battling back against Russia. Ironically, Raytheon Technologies was set to end production on the systems last year, but now there’s a need for more of them. Biden signed a $12.3-billion aid bill into law on September 30; a portion of those funds will also be used to replenish America’s stockpiles.