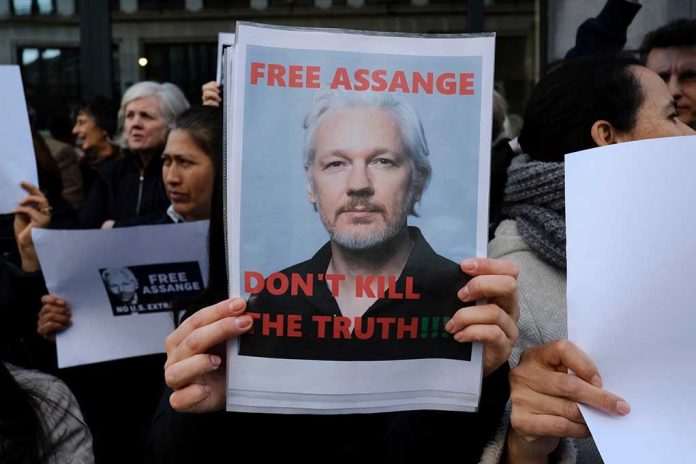 (NewsReady.com) – For years, Julian Assange has fought to remain out of the clutches of the US Department of Justice (DOJ). It looks like his fight is coming to a close, but many people aren’t happy with the way the battle is ending.

On April 20, UK District Judge Paul Goldspring issued an order formally approving the extradition of Assange to the US. The DOJ wants the Wikileaks founder back on American soil so he can stand trial for conspiracy to hack a computer in order to release classified information, spying, and other charges. The ruling on Wednesday puts Assange one step closer to being sent back to the US.

BREAKING: A UK judge has ordered the extradition of Julian Assange to the US where he will face a 175 year sentence for publishing

The decision will now move to UK Home Secretary Priti Patel – the defense have until May 18 to make submissions https://t.co/m1bX8STSr8 pic.twitter.com/BqEZH0O49O

Assange’s fight to remain in the UK isn’t over yet, though. The case now heads to Home Secretary Priti Patel, who will make the final decision. Assange’s legal team has four weeks to submit documents to the secretary to try to convince her to allow him to stay. He can also appeal to the UK’s High Court and ask for relief.

Supporters of the Wikileaks founder gathered outside of the courthouse to protest his possible extradition. Among those in attendance was Jeremy Corbyn, the former opposition Labour party leader. Assange has maintained his innocence throughout the ordeal. Many believe his Wikileaks work was protected by the First Amendment.

Assange is facing 175 years in prison.