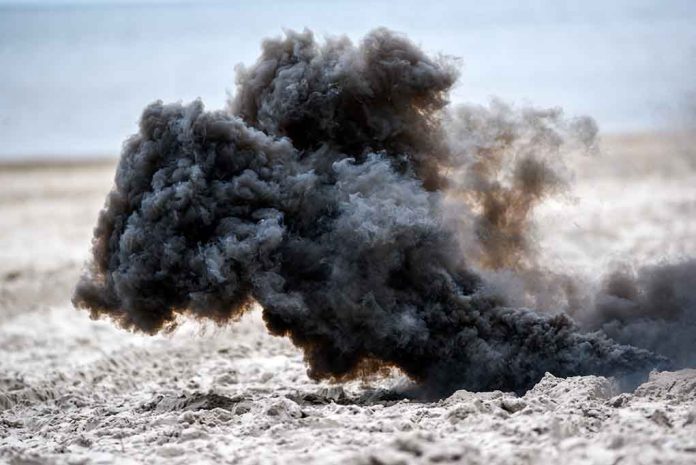 (NewsReady.com) – In 2014, Russia invaded Ukraine and annexed Crimea. The move was widely condemned by the international community and the first rumblings of the war that was to come 8 years later. The Ukrainian military is now alleging it carried out a strike in the territory.

According to reports, Ukraine’s Air Force claimed it destroyed nine enemy jets at the Saki air base in Crimea. On Wednesday, August 10, officials told The Washington Post that special forces are the ones who carried out the attack. Andrii Zahorodniuk, a former Ukrainian defense minister, said that if confirmed, this could make it harder for Russia to supply and reinforce its military in the southern region. Further, it could show President Vladimir Putin that his forces aren’t “invincible anywhere” and shouldn’t feel safe in the annexed peninsula.

Ukrainian government officials have not claimed responsibility for the attack. However, photos show smoke billowing from the base while people sunbathe on the beach nearby. The blasts allegedly killed 1 person and injured 13.

Ukraine's air force said that nine Russian warplanes were destroyed in massive explosions at an air base in Crimea amid speculation they were the result of a Ukrainian attack that would represent a significant escalation in the war. https://t.co/8gmQsSBEst

In a video address on the day of the alleged attack, NBC News reported that Ukrainian President Volodymyr Zelenskyy vowed he would retake Crimea. He said the war started with the peninsula and must end with “its liberation.”

What are your thoughts on the attack? Should Zelenskyy worry about Crimea so many years after losing it?