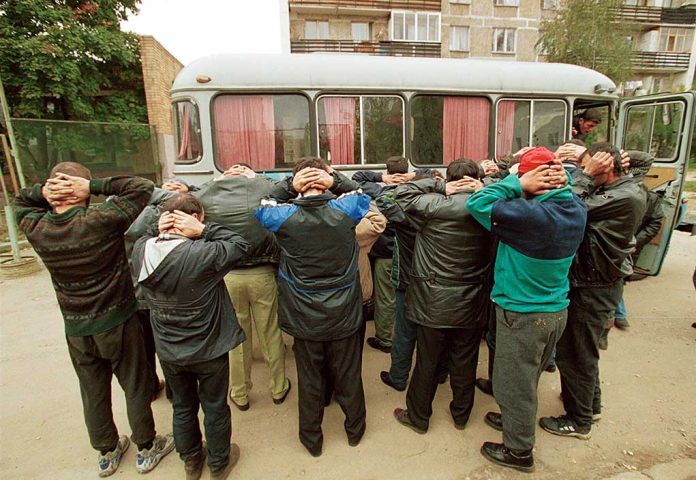 (NewsReady.com) – Ukrainian President Volodymyr Zelenskyy has become somewhat of an icon in the wake of the Russian attack on his country. The comedian turned president has refused to flee Ukraine, despite warnings that his life is in danger. When Russian President Vladimir Putin authorized the invasion of the country, US President Joe Biden’s administration allegedly offered to evacuate Zelenskyy from the capital city of Kyiv. The Ukrainian president allegedly responded, “The fight is here; I need ammunition, not a ride.” Although the wording hasn’t been confirmed, it’s true that he has not left the country.

Zelenskyy’s decision to stay in Ukraine has put his life at risk. Recently, officials allegedly foiled another assassination plot against him.

On March 21, a 25-member hit squad was reportedly arrested near the Slovakia-Hungary border. The team of more than two dozen assassins was allegedly on its way to Kyiv to kill Zelenskyy. According to a report by Bild, Ukrainian counter-intelligence sources told the news organization that a Russian secret service agent was with the hit squad. They were also supposed to infiltrate the Ukrainian government, and were given a 24-person list of people to kill. That list allegedly included the president, Zelenskyy’s Chief of Staff Andriy Yermak, Ukrainian Prime Minister Denys Shmyhal, Kyiv Mayor Vitali Klitschko, the mayor’s brother, and the government’s entire cabinet.

A Russian group within the government allegedly tipped off authorities to the team of assassins, telling them where the hitmen would be.

The would-be assassins were reportedly members of the Wagner mercenary squad, a group that’s allegedly deployed across the world to further the interests of Putin. However, the Kremlin has long denied it supports the group of mercenaries.

According to The Times, Zelenskyy survived three assassination attempts in three days. In addition to the Wagner group, mercenaries from the Chechen special forces were also sent. However, anti-war activists within Russia’s Federal Security Service stopped the plots. A source close to the Wagner group told the newspaper that it was “eerie” how well the Ukrainian president’s team had been briefed.

Despite the attempts on his life, Zelenskyy is still in Ukraine. He seems determined to remain in his country to fight back against the invading military no matter the cost to his own life.