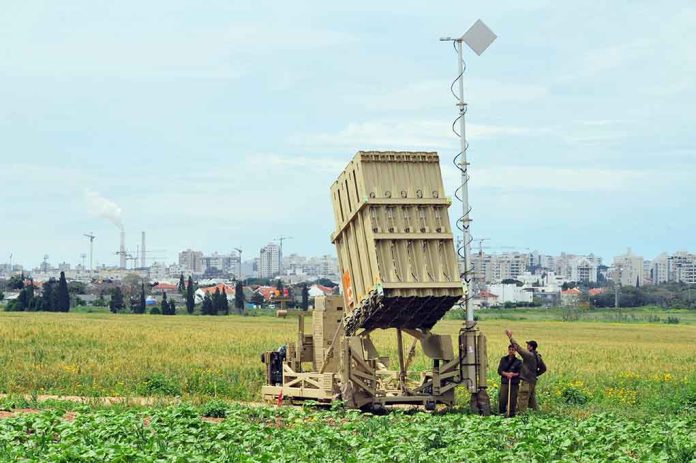 Ukraine Asks Israel for Iron Dome and Other Defense Systems

(NewsReady.com) – The war in Ukraine has been especially bloody lately. In September, the Ukrainian military launched a series of blitz attacks to regain lost territory and drive Russian troops out. The invading forces responded with deadly drone attacks that struck civilian areas. Now, Ukraine is asking for more help.

On Tuesday, October 18, the Ukrainian government sent Israel an official request for an air defense system to help stop Iranian-made drones Russia has been using. The letter sent to the Israelis states the latest attacks have caused “numerous victims among Ukrainian civilians, and also a significant destruction of civil infrastructure facilities.”

The country is asking for the following defense systems:

Ukraine would also like Israel to provide training officers to teach their soldiers how to use the systems.

Israel has attempted to stay out of the conflict as much as possible since it began. While the Middle Eastern nation has sent humanitarian aid to Ukraine, it has refused to send any defense systems and other weapons despite repeated requests. It has also decided not to levy sanctions against Russia as other nations have.

Russia’s relationship with Iran, Israel’s biggest adversary, is now complicating the country’s hands-off approach. The use of Iranian drones has Israel concerned its enemy might use those weapons against Tehran and other busy cities.