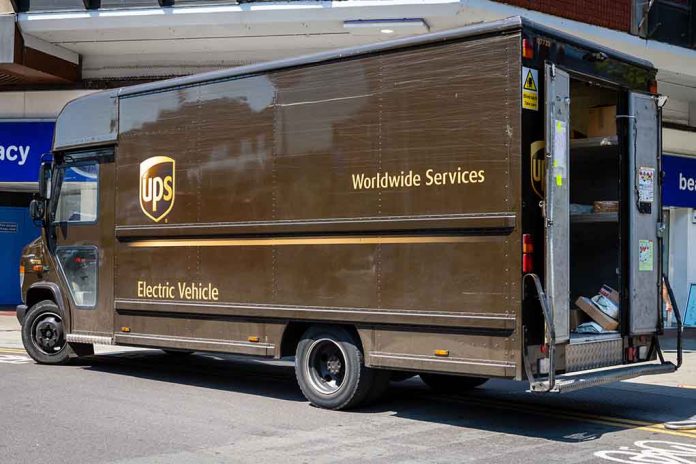 (NewsReady.com) – A dangerous heat wave has gripped many areas in the United States. More than 40 million people are under advisories. In fact, it’s been so bad in Arizona that a UPS driver had a medical emergency on the job.

Scottsdale resident Brian Enriquez received a notification from his Ring camera in mid-July alerting him to movement outside of his home. He wasn’t able to check his phone right away, but a video captured what happened next.

A UPS driver was at his home to drop off a package when the camera caught him having trouble walking. The man suddenly collapsed.

The driver was able to stand up on his own, ring the doorbell, and walk off of the property. Enriquez immediately called the police when he saw the video to find out if the deliveryman was okay.

In a statement to 12 News, UPS assured the public that the driver was okay. The company claimed its workers are “trained to work outdoors and for the effects of hot weather.” The driver reached out to his management team to get help.

A California driver experienced a similar incident, but he wasn’t quite so lucky. Esteban Chavez Jr., 24, died on June 25 from heat exhaustion while in his truck.

Those who live in a city with high temperatures should stay hydrated and stop somewhere to cool off if they’re feeling overheated. The CDC advises people to seek medical attention if they experience nausea, dizziness, tiredness, muscle cramps, heavy sweating, or other symptoms of illness that last more than an hour.