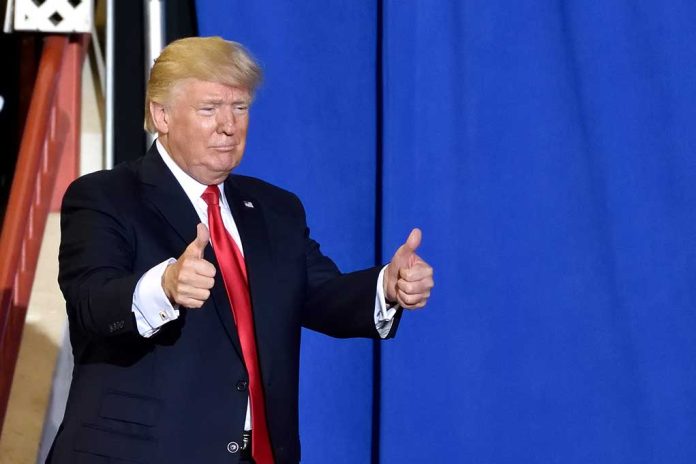 (NewsReady.com) – Republicans are working hard to take back the majority in Congress. The lawmakers are hoping to strip Speaker of the House Nancy Pelosi (D-CA) of her gavel. House Minority Leader Kevin McCarthy (R-CA) is seen as the obvious choice to replace her given that he’s currently the leader of the GOP caucus, but others have a different idea: Speaker Donald Trump.

On Tuesday, December 7, Rep. Matt Gaetz (R-FL) posted a video of a reporter asking him if he would support former President Donald Trump becoming the next speaker of the House. He revealed he would support that and had raised the possibility with the 45th president himself. But, he refused to go into further detail, saying he keeps his conversations between the two of them private.

In November, former Trump Chief of Staff Mark Meadows told Steve Bannon he would love to see the former president take the gavel from Pelosi. He said “people would go crazy” if that happened.

Trump has even spoken about the possibility in the past. During an interview in June with radio host Wayne Allyn Root, the former president called the idea of him becoming Speaker “very interesting.”

Historically, the House Speaker has been a member of the House of Representatives. However, they don’t actually have to be someone who’s currently in office. In fact, the Constitution is very vague about the subject.

The only thing the Constitution says about the matter is: “The House of Representatives shall chuse [sic] their Speaker and other Officers.”

A plain reading of the text means anyone could be the Speaker of the House. According to a 2015 NBC News report, the official position of the House Historian is that a member of the chamber has always been, but isn’t required, to be its leader.

Ideally, the Speaker would be someone who understands how the legislative branch works, and who knows better than a former president? Trump spent four years working with lawmakers to get legislation passed. He also has wide support in the GOP; even Conservatives who don’t necessarily like his personality, like Rep. Liz Cheney (R-WY), voted with him more than 90% of the time.

If the GOP wins in 2022, it seems Trump could be a really effective Speaker.