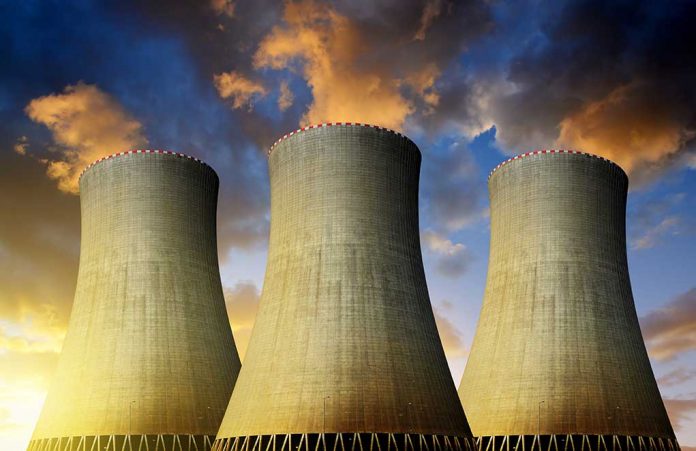 (NewsReady.com) – US nuclear experts are on red alert after warnings about a power plant in China. The reactor’s French operators say it’s leaking radiation – but the Chinese won’t shut it down.

On June 14, US media reported the government is assessing reports of a leak at the Taishan nuclear power plant in China’s Guangdong province. The plant is part-owned and operated by French power company Framatome, who says the reactor is suffering from “a performance issue.” Publicly, the French say the Taishan plant is “operating within the safety parameters” – but they’ve privately told the US Department of Energy there’s an “imminent radiological threat” and said the Chinese have adjusted acceptable radiation levels to keep the plant open.

Chinese authorities aren’t saying anything about the plant, but staff at Taishan insist everything is normal. According to a former scientist at the Los Alamos National Laboratory, that’s no surprise. Cheryl Rofer said, “China likes to project that everything is just fine, all the time.” She also said it made sense for the French to reach out to the US. DOE memos show that Framatome has asked to share US technical assistance with China if something goes badly wrong – and it looks like the French think it could.