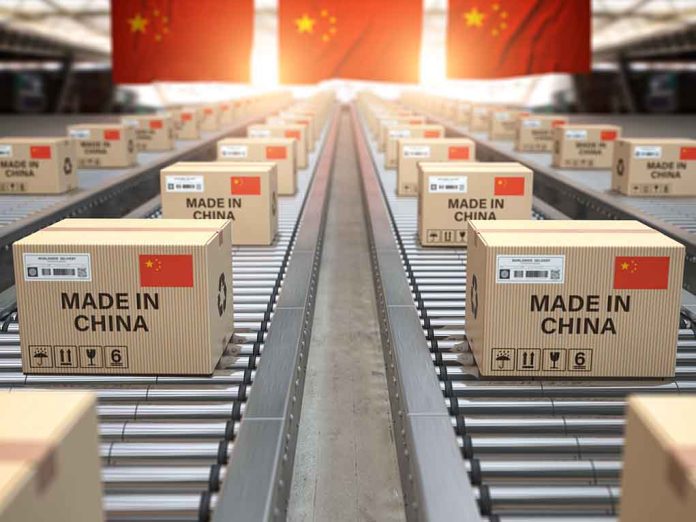 (NewsReady.com) – For years, rumors persisted about the Chinese government forcing Uyghurs into internment camps. The religious sites, including graveyards and mosques, for the minorities were destroyed by the communist regime.

The US government remained relatively tight-lipped about what was happening in China until January 19, 2021, one day before then-President Donald Trump left office. Secretary of State Mike Pompeo condemned the country for carrying out a genocide. When President Joe Biden took over, his administration maintained that position. A year-and-a-half later, a US law to combat the crisis is taking effect.

US Customs and Border Protection (CBP) are now sorting through imports to ensure prohibited items that were made by slave labor are not permitted into the country.

Under the new law, there’s a presumption that all materials and products produced in the Xinjiang region, where forced labor is taking place, are produced by slaves. Although technically products from the region are allowed into the country, that will only take place if the importers can unequivocally prove they weren’t made or harvested using slaves.

China has maintained it isn’t committing genocide or oppressing Uyghurs. Voice of America reported the communist government called the allegations “vicious lies.” For years, the country has maintained the same talking points. Yet, there’s no doubt the minorities are in the camps, and they’re suffering.

Although the law is great from a human rights position, it could cause some troubles for American businesses. It’s going to be hard for companies to find out exactly whether a good produced in China was made using forced labor because of the absence of third-party auditors in the country. There are some concerns companies will have to completely abandon suppliers in Xinjiang.

Peterson Institute for International Economics nonresident senior fellow Cullen Hendrix said the new law would “amount to an effective ban on imports” from the area.