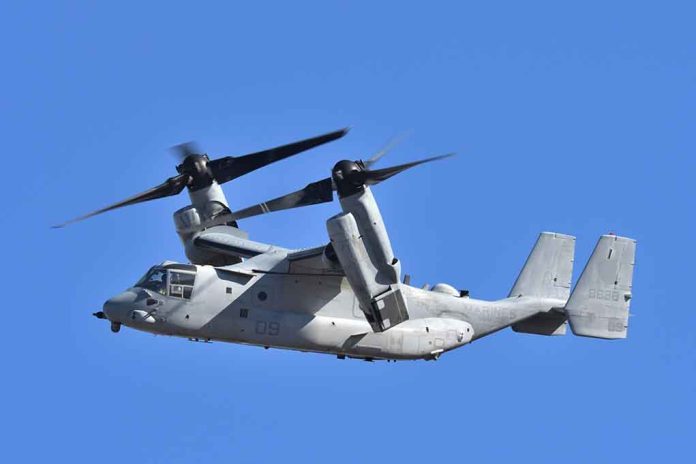 (NewsReady.com) – Training accidents in the US military aren’t uncommon, but usually result in just minor injuries. Unfortunately, every so often, a serious accident takes place that leads to the deaths of American service members. That’s what happened last week in California.

On June 9, the 3rd Marine Aircraft Wing (MAW) confirmed the deaths of five Marines. The service members were killed during a training mission about 150 miles east of San Diego. Around 12:25 p.m., the MV-22B Osprey the Marines were in experienced an “aviation mishap” that led to the crash in the desert. Maj. Gen. Bradford J. Gering, the unit’s commanding general, released a statement saying the Marines were mourning the deceased and sending condolences to their loved ones.

Social media reports first claimed there was nuclear material on board the plane, but the Marines disputed that in a statement on Twitter.

An aircraft belonging to @3rdmaw has crashed near Glamis, CA. Military and civilian first responders are on site.

Contrary to social media rumors, there was no nuclear material on board the aircraft. More information will be made available as we receive it.

The crash was the second military crash in California in a week. On June 3, 2022, Navy Lt. Richard “Max” Bullock crashed his F/A-18E Super Hornet during a training exercise near Trona, about five hours away from the accident that killed the five Marines. Bullock was the nephew of former Montana Governor Steve Bullock (D), who served from 2013 to 2021.

The investigation into the recent crash is ongoing.