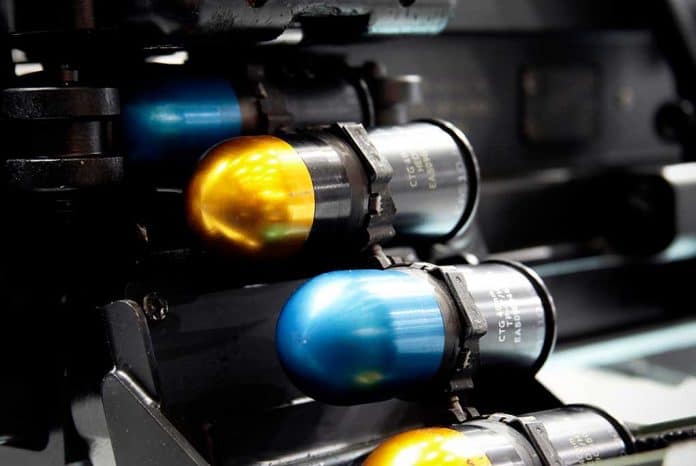 (NewsReady.com) – The Associated Press recently revealed a massive problem in the US military: thousands of weapons are going missing. Street criminals are somehow getting their hands on some of them and using them in crimes. And, one person even found dozens of grenades in his yard.

According to a June 15 report, Christopher Zachery, an Atlanta contractor, found a metal box inside of a bright pink pillowcase in bushes behind his house in 2018. Inside the box were 30 armor-piercing grenades. The weapons of war went missing eight months prior during train transport from Florida to Pennsylvania. They’re usually linked together and fed into a MK 19 launcher that’s able to shoot one of the grenades almost a mile every second and have a 50-foot kill radius.

Military investigators do not know where the shipment was when the grenades were stolen. What’s even scarier is that weapons regularly go missing from the military.

The report found that nearly 2,000 guns were also stolen from 2010 to 2019. Among the weapons stolen were 1,179 rifles and 694 handguns. Some of the guns have been used in street crimes in the US. One Army-issued Beretta M9 was used in four shootings in Albany, NY after going missing from a Fort Bragg, NC safe.

The AP discovered the missing weapons through dozens of Freedom of Information requests. The report revealed a major problem within the military that’s putting American lives at risk.

Military officials could not say how many total weapons are missing.