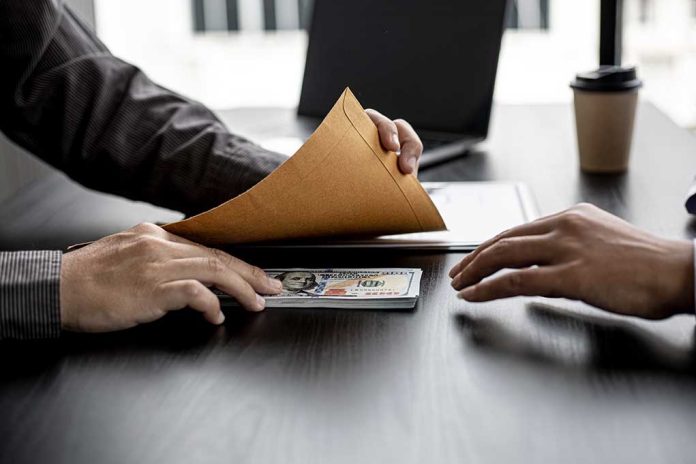 (NewsReady.com) – Members of the US military are supposed to protect the United States of America. When they break the law, it feels like a betrayal. Unfortunately, one longtime service member has admitted to doing just that, and now he’s going to pay for his crimes.

On January 26, US Navy Commander Stephen Shedd pleaded guilty to federal bribery charges. In March 2017, the commander and eight other members of the Navy’s Seventh Fleet were indicted by a grand jury. He was the third of the defendants to plead guilty. The Department of Justice (DOJ) accused Shedd and his colleagues of taking bribes from Leonard Glenn Francis, the CEO of Singapore’s Glenn Defense Marine Asia (GDMA).

Stephen Shedd, who once commanded the USS Milius, pleaded guilty in federal court Wednesday to bribery, admitting he accepted lavish meals, hotel stays and the services of prostitutes from a defense contractor in exchange for classified information.https://t.co/Ap7Ulc5rGU

According to a DOJ statement, the group of Seventh Fleet members received more than $250,000 in travel, entertainment, meals, gifts, hotel expenses, prostitution services, and cash from Francis. The bribery was discovered in a larger probe involving Francis’ company, 34 Navy officials, and defense contractors. In total, 28 officials have pleaded guilty to receiving millions of dollars in bribes. In exchange for the gifts, the service members helped GDMA land contracts and overbill the Navy by more than $35 million.

Naval Criminal Investigative Service Director Omar Lopez said Shedd abused his position for his own gain. He went on to say his team is “committed to rooting out bribery and corruption” in the Navy.