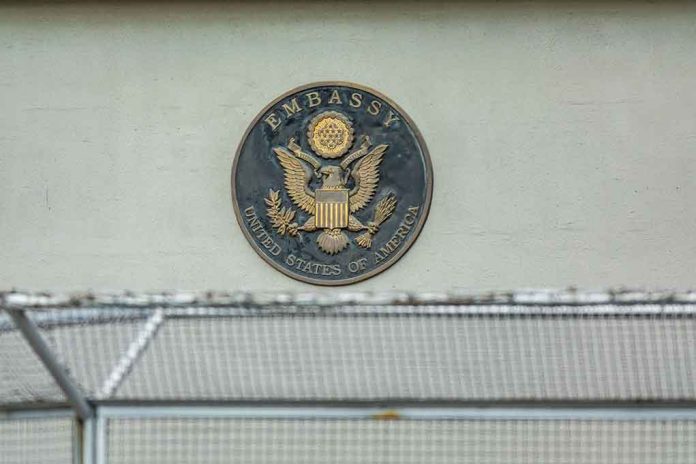 (NewsReady.com) – A US diplomat is facing an investigation after getting into an accident in South Korea. What might have been a minor issue has now been blown into an international problem.

On November 11, the Seoul Yongsan Police Station wanted to launch an investigation into a recent hit-and-run accident in the city. A US diplomat allegedly rear-ended a taxi and then fled the scene. The taxi driver chased the vehicle until it stopped near the US military base in Seoul. At that point, police officers asked the diplomat for his identification, but he refused to cooperate with authorities.

The diplomat's car rear-ended a taxi in Seoul on Wednesday but kept moving without stopping, police said https://t.co/noE7Hqkabj

There was some bumper damage to the taxi, but no reported injuries. Seoul police sent letters to the American embassy and South Korea’s Foreign Ministry to determine if the diplomat was going to waive immunity and find out if the governments will cooperate with the probe. Under the Vienna Convention, diplomats and their families have immunity from prosecution, but it can be waived. There have been no prosecutions of the diplomats in the last five years.

In this case, if the American waived immunity, they would be responsible for paying for the damage to the taxi’s bumper. The US Embassy has said it won’t comment until the probe is complete.