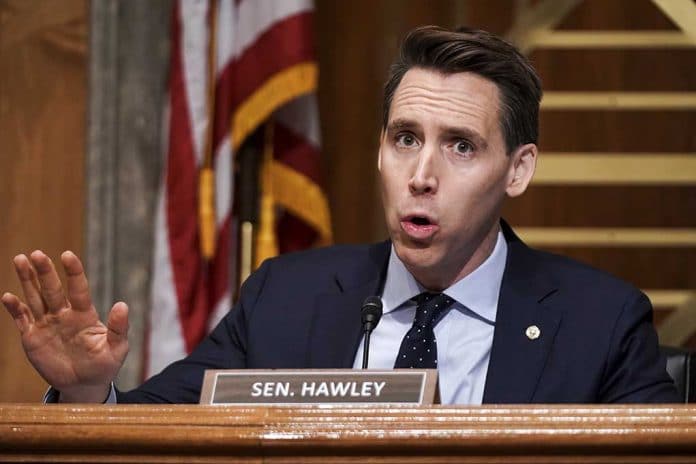 (NewsReady.com) – In December, Senator Josh Hawley (R-MO) became the first member of the Senate to say he was going to object to the certification of the Electoral College vote. He started to face backlash almost immediately, and that has only gotten worse since the incident at the US Capitol on January 6.

On Wednesday, January 13, Senator Hawley penned a column for the “Southeast Missourian” where he discussed the way people have treated him. Donors and other supporters are backing away from him. He thinks it’s incredibly unfair considering Democrats have objected to the Electoral College certification in the past and were “praised for standing up to democracy.”

This is the first time Sen. Hawley has publicly defended himself since the brutal attack at the US Capitol where 5 people died. He accuses the media and “Washington establishment” of deceiving Americans https://t.co/1XsS8C5DJG

Not only have supporters pulled away from Hawley, but some Democrats are calling for Congress to expel him. Another Liberal wants to put him on the no-fly list with suspected terrorists. The senator called the reaction by the Left and the mainstream media to him and others who questioned the election results “corrosive and dangerous.” He reminded readers that he was just doing his job: speaking up on his constituents’ behalf.