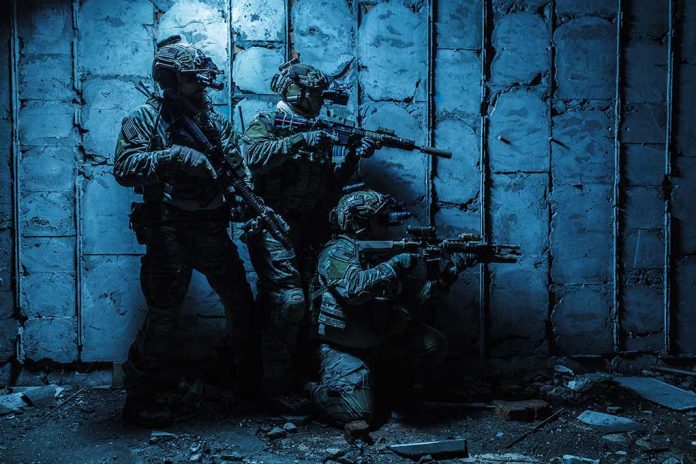 (NewsReady.com) – When most people think about an attack on the US military, they conjure up images of a distant place in their head with lots of rocket fire. But that’s not what happened this time. One unit was attacked in the United States, and the assailant was completely unexpected.

On September 18, the Army’s 160th Special Operations Aviation Regiment (SOAR) conducted a training exercise at the Inyokern Airport in Kern County, California. At around 1 a.m., a staff sergeant was outside of a hanger smoking a cigarette when a man dressed like a ninja and carrying a katana sword approached him.

The assailant asked the sergeant if he knew who he was. The sergeant responded he did not. “Do you know where my family is?” the ninja asked. The sergeant again told the man he didn’t know, but the assailant didn’t like that answer. According to reports, “the person in ninja garb began to slash” at the soldier, hitting his leg and phone.

The sergeant began running away from his attacker. He jumped over a fence and joined the rest of his unit in a building. He and another person locked the doors and called 911. The assailant followed him to the building and began kicking and punching the windows and doors. He threw a rock in one window and hit another soldier on the head.

Kern County Sheriff’s Office deputies and Ridgecrest Police Department officers responded to the scene. They located the attacker on a road near the airport. Officers demanded the man stop, but he refused to obey orders. They attempted to use non-lethal projectiles to make him comply, but they deployed their tasers when that didn’t work.

Eventually, police were able to take the suspect into custody. They identified him as 35-year-old Gino Rivera. He was taken to jail and charged with attempted murder, assault with a deadly weapon, vandalism, obstructing the police, brandishing a weapon and brandishing a weapon with the intent to resist or prevent an arrest.

The two injured soldiers were taken to the hospital for treatment. They needed stitches for their wounds, but they were otherwise cleared for duty.