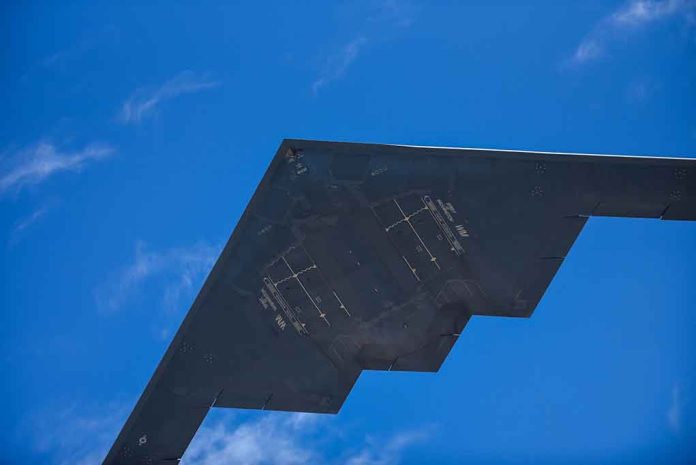 (NewsReady.com) – The B-2 stealth bomber has been an integral part of the US military’s equipment for more than 30 years. The Northrop Grumman plane took its first flight in 1989, and has been used in countless missions, including the bombings in Afghanistan after the September 11, 2001, terrorist attacks.

Despite its decades of usefulness, the B-2 bombers are getting older. They are now suffering from more frequent problems and becoming an issue for the Air Force.

According to an exclusive report in Newsmax, a former B-2 bomber pilot compared the planes to a car with high mileage that is constantly in need of repair. Retired Air Force Brig. Gen. Robert Spalding told the news outlet how sometimes the pilots are flying thousands of miles to hit their targets.

The fleet of planes, the last of which debuted in 2003, is only 20 strong. When the planes are constantly out on missions and then in need of repair, it creates a situation where the military runs “out of a fleet because of the distances [pilots] have to fly” pretty quickly.

In December, there was a mishap of some sort that caused one of the B-2 bombers to make an emergency landing at Whiteman Air Force Base in Missouri. The malfunction led to a fire on the aircraft that had to be extinguished by ground crews. The Air Force Times reported Staff Sgt. Alexandria Lee, a 509th Bomber Wing spokesperson, said nobody was injured during the incident.

After the issue last month, the Air Force made the decision to ground the entire fleet of bombers in order to inspect them to ensure there were no other problems that might have been missed.

In September 2021, another accident led to one of the planes skidding off of the runway and coming to a stop with its wing on the ground.

The good news is there is a replacement for the B-2 bomber. In December, the Air Force debuted the B-21 Raider. The new stealth bomber has all of the latest technology. According to Northrop Grumman, the new plane has been optimized for high-end threat environments.

The B-21 is already being described as the “backbone of the future for US air power.” It is capable of delivering nuclear payloads if that is ever necessary, and it is expected to be one of the most efficient planes the Air Force has.

The issues with the B-2s mean the military might have to speed up the timeline for the new bomber, but nothing has been announced yet.