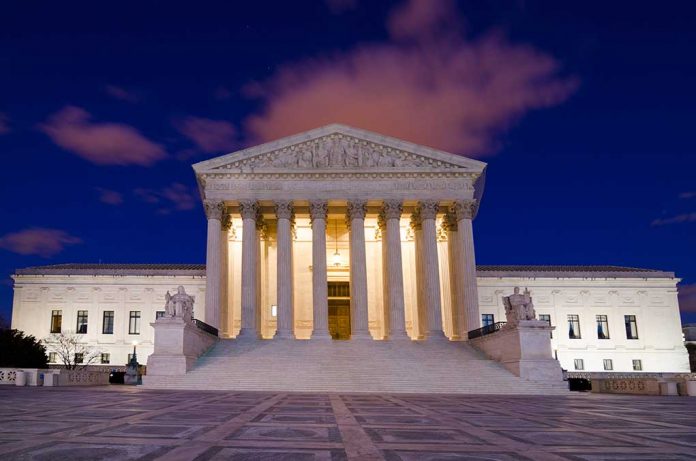 (NewsReady.com) – The US Supreme Court is arguably the most important entity in the government. The nine justices shape US policy by determining what laws and orders are constitutional. Each session, they have a public docket that allows Americans to see what cases they will be ruling on. According to a new report, those aren’t the only cases they consider.

On March 23, Reuters published an article outlining how the high court makes some of its most important rulings, like when it ruled to allow federal executions to resume last year. The justices reportedly used a legal procedure called the “shadow docket,” which allows them to shorten the length of the typical court procedure. The court is only supposed to use it for emergencies, but according to the report, it’s becoming more common.

'It's hard for the public to know what is going on': @Reuters takes a hard look at the Supreme Court’s 'shadow docket' https://t.co/aHjH15z7cg via @lawrencehurley @andrew_chung_

Legal experts have criticized the court for using the secret procedure. A conservative law professor at the University of Chicago Law School, William Baude, who coined the term, said it’s “hard for the public to know what’s going on.” How are the American people supposed to trust the court’s rulings when the justices are being so secretive?