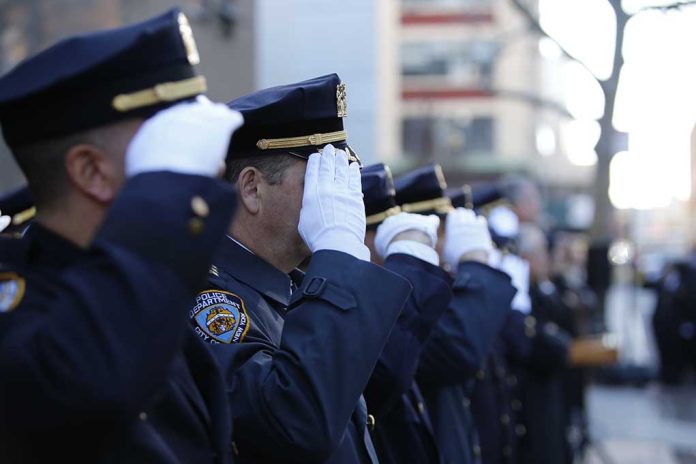 (NewsReady.com) – In 2020, a Virginia homicide detective donated $25 to a defense fund for Kyle Rittenhouse after Kenosha, Wisconsin prosecutors charged the teen with murder for killing two men and injuring a third. The detective lost his job over the donation, and now that the teen has been acquitted, he wants his job back.

Seven months before Rittenhouse went on trial, the Norfolk Police Department fired Lt. William Kelly, 42, for his anonymous donation after hackers leaked his name. The detective, a 19-year police veteran, was just 10 months away from vesting for his pension. The father of three talked to Daily Mail about the incident, saying he purposely donated anonymously so his department would not be connected to the money. Further, he told the website he made the donation after watching footage of the event. He said it clearly showed Rittenhouse was defending himself, an opinion a jury recently agreed with.

Norfolk, VA Police Lieutenant William Kelly was fired because he made an anonymous donation to Kyle Rittenhouse.

A “data breach” gave away his identity and his department fired him.

Kelly has filed a grievance, basically protesting his firing officially, but the process is long. In the meantime, he and his family are living off of savings as well as his wife’s salary as a teacher. While the department fired him for his anonymous donation, he pointed out that no action has been taken against Police Chief Larry Boone for attending a BLM parade and carrying a sign with “Black Lives Matter” scrawled across it.

The veteran detective’s firing reeks of cancel culture, but will the department reverse its decision? The City of Norfolk refuses to say.