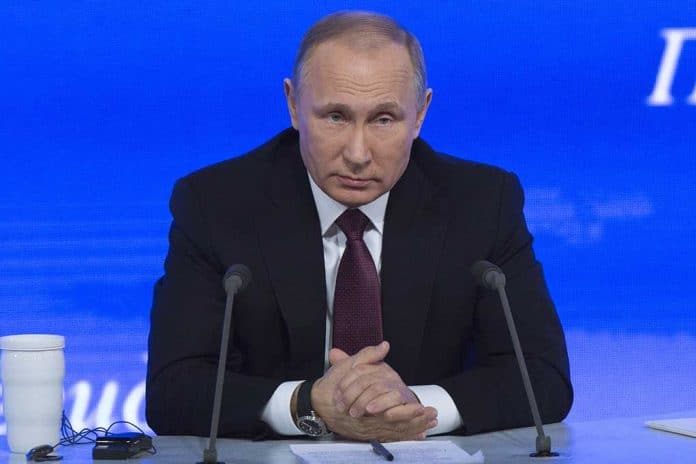 (NewsReady.com) – The Left has become well-known for so-called wokeism. Activists often target people who they feel have said or done something offensive and try to get them fired from their jobs or shamed online. American Conservatives often speak out against this issue, and now they’re getting support from an unexpected place.

On October 20, Russian President Vladimir Putin spoke out against the woke mobs in the West during a speech at the annual meeting of the Valdai International Discussion Club. He said his country has seen the “paralysis unfolding” in nations that feel they are “flagships of progress.” He explained that while it’s none of his business, he can’t help but notice the aggressive campaign to erase the history in some of the Western countries, “affirmative action in the interest of minorities,” and attempts to revamp traditional values.

Putin went on to say his country rejects those changes and compared the inclusive movement to Russia’s 1917 Revolution.

The Russian president said he thinks the politically correct culture is destroying traditional values in the West.

While Putin’s comments certainly mirror some feelings Conservatives have, it’s hard to take him seriously. Dissidents in Russia who want to move the country in a different direction are often jailed or mysteriously die. In the US, the Right might vehemently disagree with the Left, but they take care to listen to their concerns. That’s part of what makes America great.