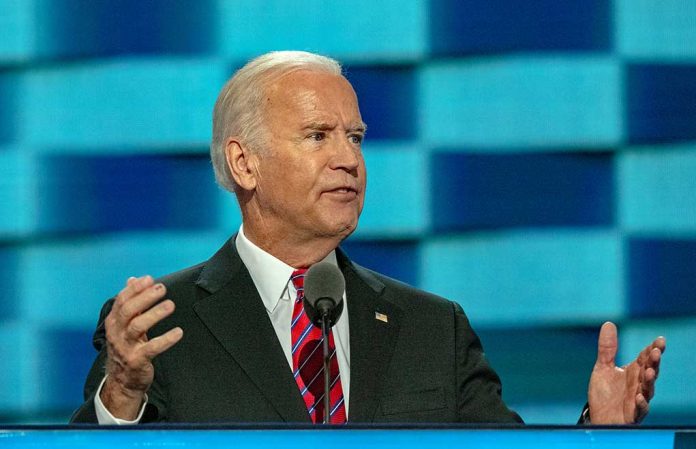 (NewsReady.com) – Georgia Governor Brian Kemp (R) recently signed an election security bill into law, and Democrats lost their minds. President Joe Biden accused the state’s legislators of passing a “Jim Crow” law, and then he claimed it would hurt the working class in his state. Now, he has been fact-checked by the Washington Post, arguably one of the most liberal newspapers.

On March 26, Biden released a statement about the Georgia law, saying it “ends voting hours early so that working people” can’t vote when they finish their work for the day.

NEW: President Biden: "Yet instead of celebrating the rights of all Georgians to vote or winning campaigns on the merits of their ideas, Republicans in the state instead rushed through an un-American law to deny people the right to vote." pic.twitter.com/pAPDgJuw5E

The Washington Post’s fact-checker Glenn Kessler investigated the president’s claim and awarded him four Pinocchios — a nod at the childhood character whose nose grows when he lies. The fact is, the law did not change Election Day voting hours. That is a blatant lie.

Four Pinocchios is the highest number Kessler gives out. It’s an award only given to those who make the most flagrantly false statements. It’s nice to see the WaPo doing its job and pointing out when Biden lies instead of just attacking Republicans all the time.