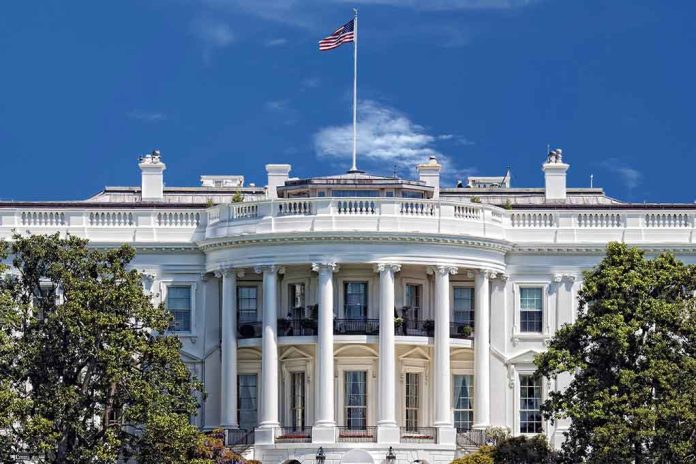 (NewsReady.com) – The First Amendment of the Constitution prohibits the government from enacting laws that impede free speech. It seems President Joe Biden’s administration is trying to exploit a loophole related to the First Amendment to attack Conservatives.

On February 1, White House Press Secretary Jen Psaki weighed in on the Left’s battle against Spotify because the company hasn’t censored podcaster Joe Rogan. She was asked about the business putting a warning on the conservative episodes that touch on COVID-19. The Biden official said that she believes “Spotifly” (yes, she mispronounced it) did the right thing by adding the disclaimer. However, she said companies need to do more to “to call out misinformation and disinformation while also uplifting accurate information.”

What further action could Spotify take aside from pulling Rogan’s podcast? Conservatives were outraged by Psaki’s comments, saying she was calling on a private company to censor voices on the Right. Sure, the president didn’t sign a law to infringe on Rogan’s free speech, but the press secretary most certainly used her bully pulpit to ask for exactly that.

This is no longer a debate about a private company.

This is the WHITE HOUSE telling a private company to police content.

The First Amendment forbids this!

Psaki was trying to get “Spotifly” to take action through intimidation. If that’s not a violation of the First Amendment, it certainly should be.

Do you think the White House is trying to exploit a First Amendment loophole?