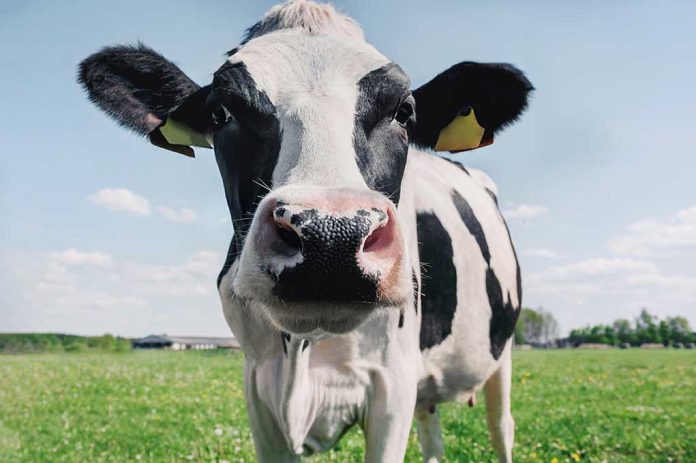 (NewsReady.com) – Grief is a strange thing. One moment a person thinks they’re okay, and the next, they find themselves carrying on a relationship with a farm animal.

Khim Hang, 74, lives in northeast Cambodia with a cow she believes is her reincarnated dead husband. According to reports, she says the animal licked her hair and neck then kissed her one day and followed her upstairs. She believes it has the same character as her dead spouse, Tol Khut.

A woman from #Cambodia’s Kratié Province has married a #cow from her family’s cattle farm.https://t.co/yaUOyKNSQh

Hang spoke to Reuters, saying she thinks the calf is her beloved because “whatever he does… is in exactly the same way” her husband did while he was living.

Villagers told reporters the marriage took place. Hang takes the cow into the house with her, gives it a bath, and makes its bed with the same pillows her husband used to use. When the animal followed her upstairs, she said it was enough to convince her the calf was her husband reborn.

The couple’s son also believes the cow is his father. He claims he can feel his dad’s spirit in the animal and makes sure the animal doesn’t wander away from the house it shares with his mother. Hang ordered her kids to care for the cow after she dies and to hold a human funeral for it when it finally passes away.