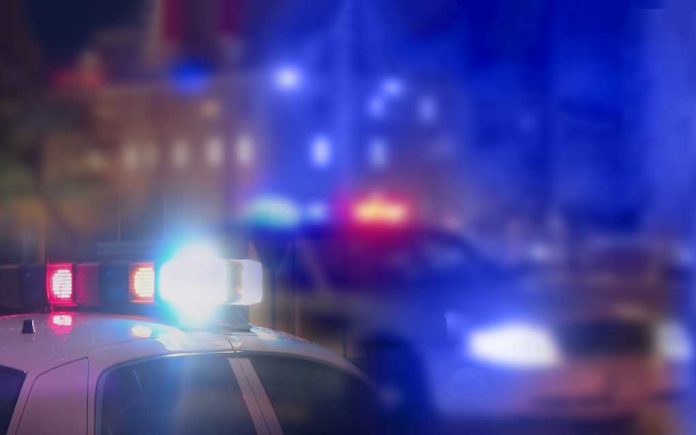 (NewsReady.com) – A terrifying scene unfolded at a Daytona Beach hospital on January 21. Police officers rushed to evacuate patients, staff, and visitors from the 11th floor after a shooting occurred. When law enforcement finally captured the suspect after an hours-long standoff, they weren’t what people might have expected.

Daytona Beach Police arrested 76-year-old Ellen Gilland at AdventHealth Hospital. The woman is accused of shooting and killing her husband, 77-year-old Jerry Gilland. According to reports, she allegedly fired the fatal shot around 11:30 a.m., then locked herself in the room.

Law enforcement arrived on the scene and evacuated the floor. Meanwhile, hostage negotiators spoke to Gilland until about 3 p.m. before using a flash-bang and bean bag gun to take her into custody.

According to The New York Times, Police Chief Jakari E. Young told reporters that Gilland and her husband allegedly made a pact that if his health grew worse, she would kill him and then turn the gun on herself. She had reportedly been in a “depressed state” because she knew he was going to die. When the couple received word that the husband wasn’t getting better, Gilland allegedly shot him but couldn’t go through with killing herself. The chief said there was never any threat to other patients or staff members because the suspect never attempted to leave her husband’s room. He called it a “tragic circumstance” that demonstrates “none of us are immune from the trials and tribulations of life.”

Fox 35 Orlando spoke to neighbors who lived on the couple’s street in New Smyrna Beach. Michael Stull told journalists the couple “seemed pretty nice, super nice.” Another neighbor, George Kotsonis, described feeling shocked upon learning the news. “I didn’t know that he was that ill,” he said.

Law enforcement booked Mrs. Gilland into the Volusia County Jail on Saturday, and she is facing a first-degree murder charge.