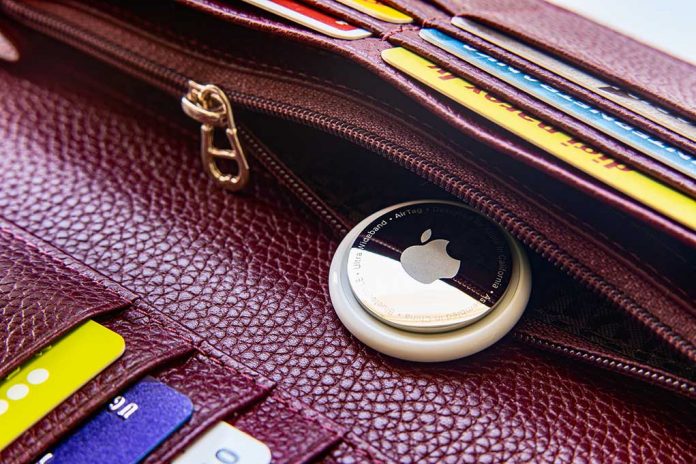 (NewsReady.com) – In April, Apple finally unveiled its much-anticipated AirTags. The tiny devices allow people to track items. For example, if a person is constantly losing their keys or television remote, they can put an AirTag on the items and track them moving forward.

Unfortunately, it seems there are already people exploiting the technology for nefarious reasons.

In September, TikTok user @_ashleyscarlett uploaded a video on the platform and told her followers of a scary situation. According to her, she was out with her cousin’s girlfriend in Los Angeles when her passenger received an alert on her phone that an AirTag was near her.

“I’m literally f*****g shaking – look what I just found on my car,” Ashley told her followers.

In a subsequent video, Ashley posted a screenshot of the iPhone alert her friend received. The image showed every place her car stopped since the device was first detected at 7:34 p.m. that evening. The two women hit the notification to make the device play a sound to help them locate it. What they found was incredibly disturbing. Someone placed an AirTag behind her license plate and had been able to track her all evening.

Ashley contacted officers about what she found.

A person’s iPhone, like Ashley’s friend’s phone, will alert them if an AirTag is traveling with them. Then, the device will start making noise to help them find the device. That device triggers when its owner separates from it.

The key here is that it alerts iPhone users. If someone has an Android phone, they aren’t going to get the same notification. In that case, a stranger could track them until they catch them. That’s potentially very dangerous for men and women who don’t have Apple products. It doesn’t seem like Apple has found a solution to that problem.