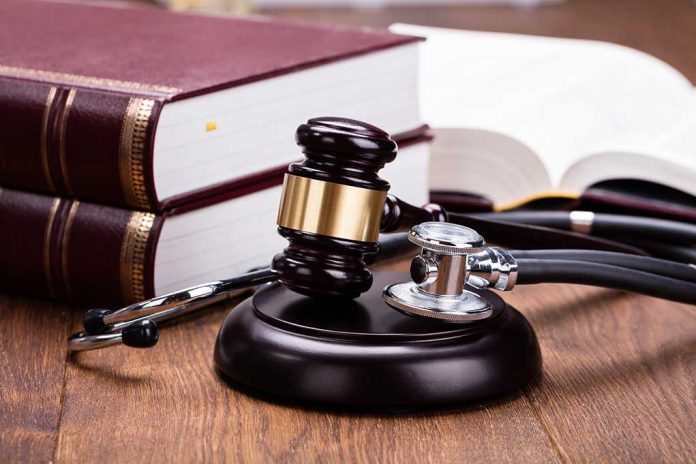 (NewsReady.com) – There are a handful of people everyone is taught to trust: their parents, police officers, and doctors. Physicians are especially important because they’re people who make decisions about patients’ health. For the doctor-patient relationship to be successful, they must be able to trust one another.

A Florida woman trusted her physician, and she paid dearly for it. Now, she’s fighting for justice … again.

In 2010, Lisa-Maria Carter, then-45, went to Tampa General Hospital to undergo outpatient surgery to remove a benign ovarian cyst. She was a civilian intelligence expert who worked with the US military, and she wanted to get the procedure over with so she could deploy to Iraq during the war. The operation was only supposed to take a few hours, and her surgeon told Carter to arrange a ride home in about four hours.

Carter believed she was in good hands when she went to the hospital. Her surgeon was the chairman of the Department for Minimally Invasive Surgery, University of South Florida (USF) OB-GYN Larry Glazerman. After the surgery ended, her blood pressure dropped, and doctors weren’t able to stabilize it. The next day, a wound in her stomach opened. That evening, she went into septic shock and organ failure.

Glazerman called a trauma surgeon for a consultation. That doctor performed surgery on Carter again, finding an incision in her small intestine that happened during her first operation. That led to flesh-eating disease (necrotizing fasciitis) and eventually, after more surgeries, to the amputation of both hands and feet. She now needs around-the-clock medical care and lives in a nursing home.

Carter sued Glazerman. Juries in two of the malpractice suits couldn’t reach a decision. The third trial in 2018 ended in a 6-0 verdict in her favor. The jury awarded her $109 million.

In 2020, a three-judge panel of the 2nd District Court of Appeals overturned the verdict and ordered a new trial. Carter is now facing off with her physician in court for the fourth time. Meanwhile, Glazerman maintains he did nothing wrong.

“I believe that I would have seen it,” Glazerman testified in 2018.