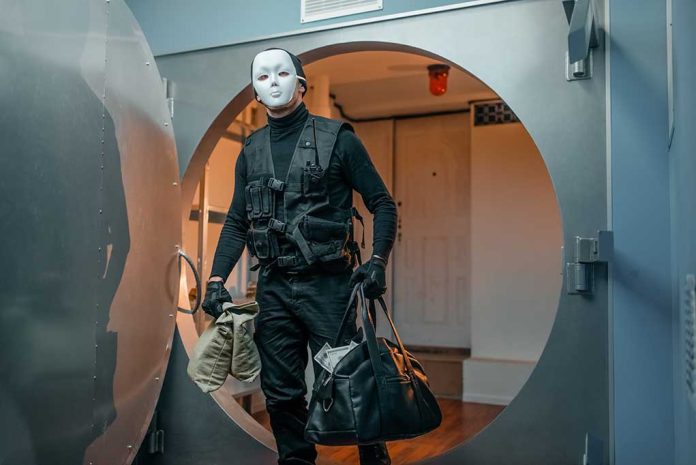 Bank ROBBER Stole Her Own Money

(NewsReady.com) – As a general rule of thumb, when someone robs a bank, they’re usually trying to take other people’s money. After all, what would the point be of stealing their own? Well, a woman in Lebanon did exactly that: she held up a financial institution and stole from herself.

On Wednesday, September 14, Sali Hafez broke into a Beirut bank and took $13,000 from her savings account. The woman brandished a toy pistol, pretending it was real. According to NPR, the woman told a local television station that she’d visited the bank before the robbery and told tellers she needed her money so she could fund her sister’s cancer treatments. The worker told Hafez she was only allowed to receive $200 a month in Lebanese pounds.

Hafez said she “begged the bank manager for [her] money,” telling him her sister was going to die, but nothing helped. That’s when she decided to use a toy pistol that belonged to her nephew and forcefully get her money.

According to reports, Lebanese authorities have been locking customers out of their accounts amid economic woes. A man in another city carried out a similar robbery, but later turned himself in to the police. The country has reportedly placed strict limits on the withdrawals of foreign currency since 2019.

What do you think about the woman’s actions?