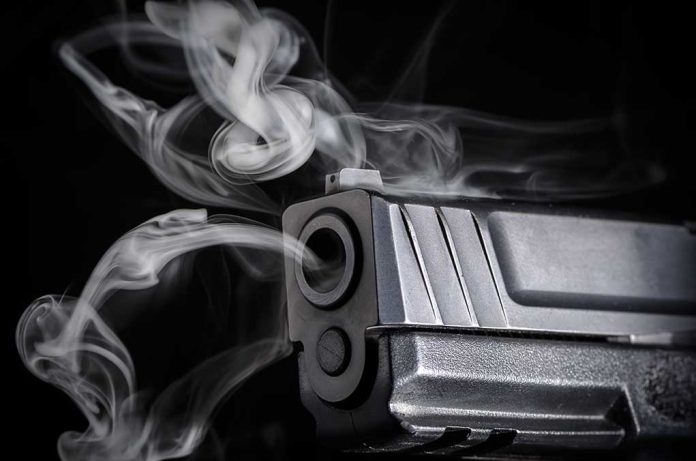 (NewsReady.com) – Law enforcement officers around the country searched for inmate Casey Cole White and former jail guard Vicky White for 11 days. The two disappeared after the guard failed to take the fugitive to an Alabama court appearance. On Monday, May 9, the manhunt finally came to an end.

Police officers spotted the fugitive couple in Evansville, Indiana, on Monday evening. A high-speed chase ended when an officer rammed the Cadillac Vicky White was driving. A video of the capture posted on Twitter shows the scene right after the crash and officers taking Casey White into custody.

The video below contains foul language and commentary from a bystander:

When inmate White exited the vehicle, he reportedly told law enforcement his “wife” had shot herself. Vicky White was rushed to the hospital, where she later died from her injuries. The escaped inmate was booked into Vanderburgh County Jail.

According to law enforcement, the two had a jailhouse romance going on. The day Vicky White took her inmate and ran was supposed to be her final day on the job before retirement. Prior to the incident, she sold her home for about half of what it was worth and told her friends she was going to move to the beach. Now, she’ll never get that opportunity.