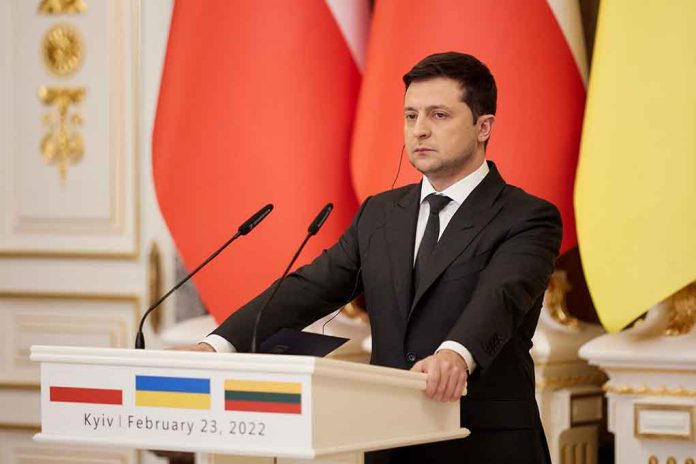 It’s a Miracle – Putin Suffers His Biggest Blow Yet!

(NewsReady.com) – Ukraine President Volodymyr Zelenskyy says his troops have liberated a huge swath of the country from its Russian occupiers. A surprise attack near Kharkiv seems to have taken Russian forces by surprise, triggering a total collapse and panicked retreat. Now, even pro-Putin bloggers admit the invasion is in trouble.

Ukrainian President Volodymyr Zelenskiy says troops had 'liberated dozens of settlements' and reclaimed more than 1,000 square km of territory in Kharkiv region in the east as well as Kherson in the south in the past week. https://t.co/ZYr6fAeNH2

Ukrainian forces launched a surprise attack in the Kharkiv region on September 6, a week after beginning a separate offensive in the southern Kherson area. It now looks like the Kherson operation, which was widely hinted in advance, was a deception plan to pull Russian troops away from Kharkiv — it seems to have succeeded. Ukraine’s defense ministry says spearheads have pushed more than 30 miles into Russian-held territory, liberating almost 1,200 square miles and dozens of towns and villages.

The Russian front line in the Kharkiv region has “completely collapsed,” according to Ukrainian troops, and the invaders now only control a small part of the region against their own border. Ukrainian forces are now fighting to take control of the strategic cities of Kupiansk and Izyum, transport hubs that the Russians have been using to supply their invasion forces. Russian President Vladimir Putin has responded by firing Lieutenant General Roman Berdnikov, who took over as commander of the Russian army’s western region just 18 days ago. Even pro-war Russian bloggers admit Ukraine’s attack has made good progress.

Kyiv has warned the occupiers in the Crimea region the weather forecast is “very hot.” President Zelenskyy insists Russian troops must leave every part of Ukraine, and in the last five days, he’s started to make that happen.